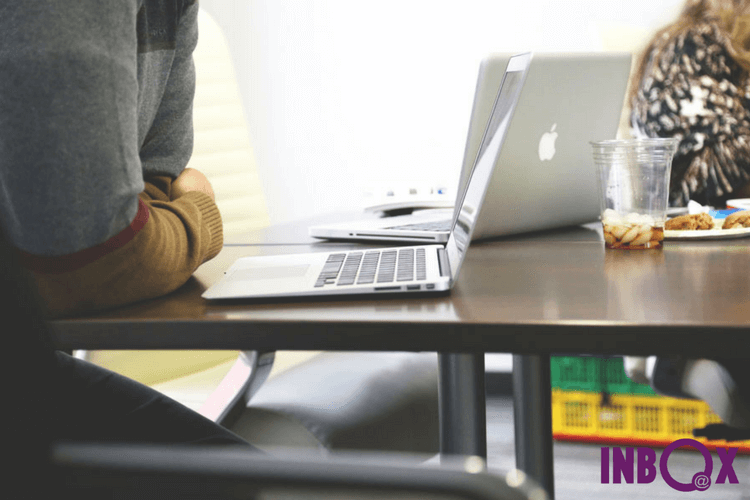 Email marketing is still the most important digital marketing method. But, what makes a single marketing campaign better than others?

In email marketing, the medium of interaction with the subscribers is the header of your email. It is, because of this, the most important step to think over. Nevertheless, the rest is as vital as the header as long as you manage to capture people to look into your messages.

The strategies that are studied and analyzed by marketers when designing a newsletter, choosing the length of headers, pre-headers, content and others, all these separate a successful campaign from others.

In this article, we explained 8 crucial strategies supported by scientific researches that you need to consider.

1) Personalize your campaigns without mentioning the name of your subscribers

Do you still start your email with this? That era is long gone…

Today, emails with personalization like this are not really that much effective. The users have figured it out that we can automate such things; so, basically, they don’t buy it. According to a research by Temple’s Fox School of Business, strategically, these type of sending is actually damaging for your campaigns. Due to cyber security concerns, many people don’t open emails that start with their name or entitled with it. Instead of personalizing your campaigns with subscriber’s personal info, use their interest areas.

The research further says that triggered emails that are designed for a subscriber’s special interest received 98% approve from the customers.

Nevertheless, if you still want to send emails with your subscribers’ personal info on it, make sure that you have established a relationship based on mutual recognition; s that your subscribers would know that the email is secure enough to open.

2) Adjust the length of your headers

When choosing the perfect length for your headers, actually the single space that you should avoid using is between 60 -70 characters. Most marketers call this space as the “dead zone”. According to a research based on 900 million of emails tracked by Adestra, emails with headers in the dead zone did not produce any positive results for the marketing campaigns.

In contrast, emails with a header longer than 70 characters was the best in receiving click-throughs while the ones with less than 49 characters long received the most open rates.

Interestingly, emails with headers that has less than 10 characters has 58% open rate according to the research. This short header trend certainly started with the former President Barack Obama’s campaign when he sent his fellow Americans emails with headers saying simply “Hey” or “Wow”.

3) Send your emails at night

Although many people think that the emails are read at working hours, the research by Experian says the opposite.

For the most effective strategy, choose the night hours for sending your emails. According to the research, the time period between 8 pm and the midnight shows 22% better reading rates. The research further claims that the sales have increased for the companies that are following this trend.

Another fact in the research is that the open rates increase for the ours when the subscribers receive the least number of emails in general. So, keeping track of your subscribers’ actions may help you personalize the sending times and generate better returns. Discover INBOX reports here.

Everybody likes free stuff. In order to attract your subscribers’ attentions, offer them something free once in a while.

The research by Bluewire Media analyzed the actions of 6,300 receivers for different emails. It says the best open and click-through rates were received by the mails that offers free products or services.

5) Adopt to the mobile era

As we have talked about in many blog posts, “the mobile era” has come. In this era, people use mobile phones to read their emails and make transactions over it.

According to a research by Litmus (2013) 44.000# of a campaign worth of 100.000$ is wasted if you are not mobile compatible. The numbers have certainly increased in the last years.

In the last decade, social media has shaken up the world by its presence. In this period, marketing efforts have begun to be shifted to the social media since it was relatively cheaper and sought to reach more people. But, today, it is proven once again that email marketing has the best Return on Investment (ROI) for any marketing campaign.

7) Send your campaigns at weekend

Since people receive too many emails throughout the weekdays and at the working hours, the weekends are better to send campaigns to your subscribers.

If 2/3 of your mailing database does not take any action for your campaigns, it does not matter if you have thousands of contacts.

According to the research, inactivity in an ordinary mailing list is as high as 63%! That’s too much. Most receiver either erase their emails directly or doesn’t take any action, at all. After aa while, your reputation gets damaged by this passiveness.

It is important to re-engage with these people and refresh your database with shock therapies; such as deleting the whole list if they don’t agree to be kept in the list anymore.

After all, if there is science, there is facts. So, it is better to keep in mind the facts presented here.

Any cookies that may not be particularly necessary for the website to function and is used specifically to collect user personal data via analytics, ads, other embedded contents are termed as non-necessary cookies. It is mandatory to procure user consent prior to running these cookies on your website.